Croydon Council has published two distinct race and equality pledges for local organisations and businesses to unite in their commitment towards a fairer and more inclusive borough.

The pledges are designed to create community ownership of Croydon’s path to a more equal society. All organisations and employers operating in Croydon are urged to read and sign up to the pledges. Details on how to sign up will be published in the spring alongside a formal launch.

The pledges contain 10 workplace activities, which range from a stated commitment to anti-racism and zero tolerance of discrimination, through to greater scrutiny of internal processes and increased training on bias and cultural awareness. These were carefully developed following consultation with residents and community groups.

Organisations are encouraged to commit to a minimum of three activities per year to create steady change within their work and the wider borough. Participating organisations and their employees or members can add the pledges to their branding, signalling their contributions towards a fairer Croydon.

The Equalities Pledge covers all protected characteristics including; disabilities, faith, gender, age and sexual orientation and will contribute to ensuring that all residents are treated equally and fairly by others.

In recognition of the unique lived experiences of residents and employees of African, Caribbean, and African Latin heritage, the George Floyd Race Matters Pledge has been designed to tackle persistent structural and institutional racism. This follows vocal calls for real change in the wake of the brutal murder of George Floyd in 2020.

Participating organisations can make a difference in their community, working together so that everyone in Croydon is treated with the respect they deserve. The council will report on progress as part of its wider annual equalities reports and organisations can also produce their own reports, reflecting on concrete activities such as training and fairer recruitment processes.

The pledges were approved by the council’s cabinet on Monday 24 January and will be launched later this spring. A public event will be held for the Equalities Pledge to coincide with International Women’s Day on 8 March 2022, with a further event for the George Floyd Race Matters Pledge on 25 May 2022 to mark the two-year anniversary of George Floyd’s death. 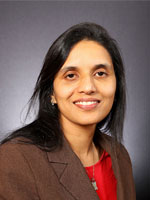 “One of Croydon’s key assets is our diverse community, workforce and local economy. We know however that barriers remain for many groups and individuals.

“The council has made an ongoing commitment to address discrimination and we urge the community to now also get behind these pledges to directly affect local change.

“Employers can play a key role in promoting inclusive environments and tackling racism and discrimination. Many organisations are already working to do so and these pledges provide both clear steps and a commitment to reflect this in their everyday work.”

Andrew Brown, chief executive officer for Croydon BME Forum said: “In the months following George Floyd’s death we joined with Croydon Council and others to reflect on the change we could affect in our borough. These pledges provide clear steps for the council and community to now take ownership of a more inclusive Croydon, uniting in our commitment to anti-racism and equality. I look forward to working with others to create long-lasting change as the pledge actions are put into practice.”