School Streets help to improve safety around schools and encourage more pupils to walk, cycle and scoot more often, by limiting motor traffic on the surrounding roads during school drop-off and pick-up times.

Following an informal consultation in September, all but three of the proposed schemes will be trialled based on survey responses, traffic displacement data, and discussions with the schools.

The new schools and schemes are listed below:

The schemes will be subject to a trial for up to 18 months, from the day they become active. Public consultation and data monitoring on the schemes’ effects is expected to start when the trial launches, with a decision on their future taken before the end of that period.

During the first six-months of the trials, the council collects formal objections as well as feedback, which is used to see if any improvements can be made.

Local residents living within the scheme area will be eligible to apply for a free School Street Exemption permit, so they can have access at all times. In addition, the council will provide exemption permits to some road-users who may need access – including transport for children with special needs. Other vehicles, such as emergency services or refuse vehicles will be automatically exempt. 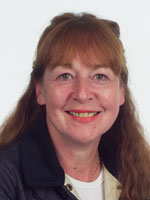 “Helping families make the school run safer and healthier is part of our wider plans to improve how we travel around Croydon, and we are trialling these schemes to see if they can achieve those goals.

“We have been listening to the community, collecting feedback, and working with headteachers, and we understand the congestion and parking issues local residents are dealing with. We look forward to seeing whether these trials will be able to alleviate those issues and make the streets safer for pupils.”

The decision is subject to scrutiny before being finalised, and a timeline of works will be announced in the coming weeks.

More information about Healthy School Streets can be found on the council website.