Grounds once owned by Archbishops of Canterbury will have stronger protection under planning proposals after approval by Croydon Council’s cabinet yesterday (16 December).

The Addington Village Conservation Area was reviewed earlier this year with proposals consulted and discussed with residents, who were encouraged to give feedback.

The former stables and Stable Lodge will also be added to Croydon’s Local List, which is made up of buildings and structures within Croydon considered by the public and council as having special local architectural or historic interest.

The conservation area boundary has been adjusted to no longer include the tramline following feedback from Transport for London, which had objected to the line’s proposed inclusion. A proposed name change to Addington Conservation Area was also put forward but dropped in response to comments from local residents.

These changes will now become a statutory planning document, meaning it will be given weight as a planning consideration when applications within the boundary are submitted. 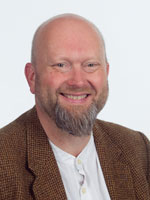 “The extended Addington Village Conservation Area is of great historical and architectural importance to Croydon, with the grounds around the Addington Palace being laid out by Capability Brown and the grandeur of the palace reflecting the power and wealth of the church and the longstanding connections between the Archbishops of Canterbury and Croydon.

“Approval by cabinet shows our commitment to protecting our heritage and important open spaces for future generations as Croydon continues to grow. I would also like to thank to those who submitted comments as part of the review and had their say in shaping this important conservation area.”